Surprisingly, people are still contacting me through this poor blog, neglected now for a year and a half. I’m heartened every time I hear that another church is using Inhabiting Eden for a group study. Obviously, though, I owe an explanation.
Two years ago, I was diagnosed with breast cancer. Not unusual—1/3 of all women face this. It was more annoying than frightening, though it took time to combat and heal. I’m grateful to the doctors and nurses, my family, and all who stood with me. 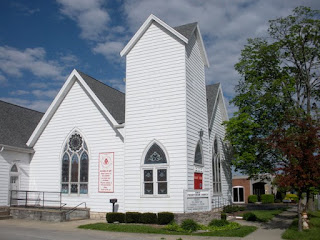 By fall 2017, cancer treatments were over and a turning point had come. I had spent seven years as an environmental writer and teacher following my early retirement from Louisville Seminary. My spouse Don was ending his work at First Presbyterian Church in Jeffersonville, IN, and moving to what he called his “pretirement” in a halftime position in the town of Scottsburg. Sabbatical time, I thought—time to retreat from public life, to step back, write, and enjoy grandparenthood.
And time to move. We had long dreamed of homesteading on our land in Henryville, Indiana. With the help of a designer of net-zero-energy homes, and a builder who is passionate about energy efficiency, we planned a home that would use insulation, thermal mass, window strength and placement, solar panels, geothermal, and a host of other innovations to carry its own energy load without need of fossil fuels. A place to expand our modest but productive vegetable and herb gardening, using root cellars and a hoop house, and maybe even to welcome livestock. To create a “Grandma Camp” for kids escaping city life: our two grandgirls born in 2015 and the two grandboys who were on their way—and others who might join them.

All this was planned. What hadn’t been planned was the evident side effect of a cancer drug. The same week that I began my self-appointed sabbatical, several joints simply declared themselves worn out, and I found myself in more pain and physical limitation than I’d ever known before. More time and money than I ever imagined possible has gone to the medical system over the past year and a half. Some pains yielded to physical therapy, but the right knee had to be replaced three months ago. It's doing well and I'm back at the gym and don't even limp.
In the meantime, we celebrated a riotous Christmas in the old house with all six of our kids, ten in-laws, and four grandbabies. Our new 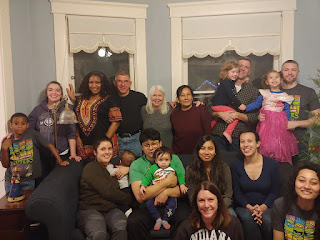 house is rising above our pond in the hills of southern Indiana. It’s framed, roofed, and insulated, and we hope to move in by the summer. I’ll be lecturing, preaching, and teaching in several different locales in coming months. And I’m still writing--and will post links to a few articles soon.

As our life turns to homesteading, I hope to offer more about how much (and whether!) we manage to create a zero-carbon life, new learnings, and mistakes we make along the way, in hopes to inspire others to take the challenge as well.