Before I began this blog in 2013, I asked myself frequently if it would become one of the thousands of heartlessly orphaned sites that let others know just how committed their writers are.  I couldn’t answer, of course, having no glimpse into the future. 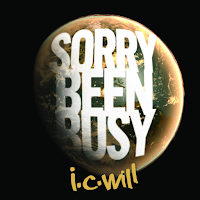 This long hiatus might have been excusable if no one was watching. But some are—the frequent book purchases prove that. So for anyone who has minded: So sorry. I’m back now.

It’s not for lack of amazing environmental developments. On the contrary, so many are occurring these days that keeping track is impossible. And hallelujah for that!

There’s the lead-up to the Paris climate talks, COP-21, in December, on which something is always happening, though you might not know it from the media.

There’s the Pope’s wonderful encyclical, Laudato Si’ (Praised Be): On the Care of Our Common Home, which is expected to tip the nations toward action.

There’s bipartisan legislation introduced in the US Senate (S. 600) to designate matching grant monies for nonprofits for energy conservation and renewable energy (please call your senator!).

There are the many important books begging to be read and pondered, such as Naomi Klein’s This Changes Everything: Capitalism vs. the Climate, which I recommend. 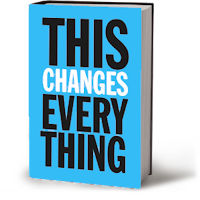 And the EPA’s Clean Power Plan, proposed last summer and set to roll out very soon. (The one that compels our beloved Gov. Mike Pence to keep insisting, “We’re a coal state!” But aren't we a farming state? If we don’t act decisively on climate change we’ll be neither anymore.)

More locally, I have a new title at Hoosier Interfaith Power and Light (Program Director). We continue to hold climate boot camps and other workshops all over the state (see upcoming events page for the next ones). We’re growing and moving in wonderful ways.

And my church, First Presbyterian in Jeffersonville, is buying solar panels and hopes to have 14 kilowatts installed in September.

And in my denomination, the Presbyterian Church (USA), divestment from fossil fuels is being considered. And the Presbyterians for Earth Care has invited me as keynote speaker for their conference at Montreat, North Carolina, in September (again, see upcoming events page). 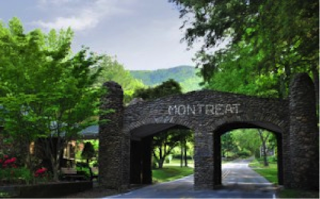 Personally, I have to keep reordering copies of Inhabiting Eden, the workbook, and the leader guide, because they keep selling out. And I am still on the speaking circuit, with inquiries for 2016 coming from as far as Oregon, Kenya, and New Zealand. In the past month I spoke to 200 Muslims from all over the world (and a few Christian guests) at a Green Ramadan Iftar in Fort Wayne sponsored by the Pen and Inkpot Foundation, and to 40 arborists at a conference sponsored by the Indiana Urban Forest Council.

After being away a full half of 2015’s first six months, I’ve finally woken up in the same bed 38 days straight. I’ve been in the garden early mornings, digging onions and pulling zucchini, summer squash, cabbage, tomatoes, jalapenos, cukes, eggplant, and basil. In the kitchen late afternoons, chopping up Jerusalem salads, cole slaws, and every squash recipe I can find. Sitting with Don for late-night reflections over wine, or biking to the food truck, or riding up to Henryville for a night swim in the pond we call Lost Beagle Lake. 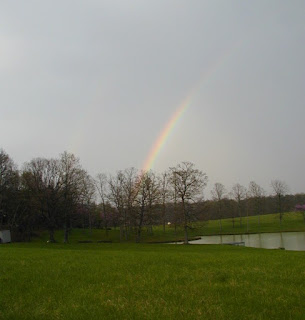 And under the fan on the back porch the rest of the day, writing, emailing, organizing, and preparing for the next rounds of travels. It’s a good life. Just a bit too much of it. And not likely to let up soon: both Don and I are going to be grandparents before the year is over, according to his daughter Nellie and my son Ian, who are both expecting little girls.

Babies born this year are likely to live into the 22nd century. I’ve said countless times, as every other climate advocate has, that what we do today determines the world our grandchildren will face.  Soon our own will have names and faces, and then I will be torn: do I spend my remaining years nurturing them, or keep trying to change the world they will live in? Probably both. So I’m sorry, but you can probably expect another hiatus soon.

For a little while, though, I will try to write more often.
Posted by Alecia at 1:47 PM No comments: