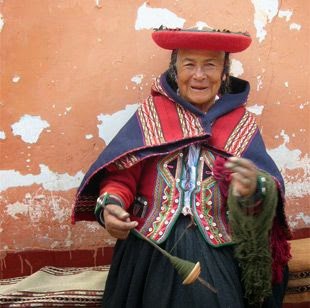 The woman sitting beside me on the plane from Atlanta to Peru was traveling home to visit, she said, after many years in Indianapolis with her son and daughter-in-law. She spoke no English. Of course I did not get her picture, but had she not been dressed in western clothes she might have resembled the beautiful women here.

My Spanish was laborious and shaky, wrestled from daily walks along the Ohio, listening first to Pimsleur lessons from the library and, when these ran out, a program called Platiquemos. I told her I had never spoken Spanish with a real person before. We started out with names and travel plans, but as we talked she would forget how poor my skills were, and speak longer and faster, till I would pull her short with “Mas temprano, por favor,” and “Puede repitar, por favor?” Then we’d get back on track for a few moments, till she took off again.

Though this first encounter was not on our itinerary, traveling mercies usually offer such serendipities: a kind soul, overly confident in my listening abilities, a call to begin tuning up my ears, the first of many Peruvians who assumed I would understand.

She told me that she was a widow, and that she attended a Spanish-speaking Catholic church in east Indianapolis, believed deeply in Jesus, cared for her grandchildren, cooked for her children, and never learned to read or write, not even in Spanish. She showed me how she could sound out letters, but said she couldn’t combine them to make words. 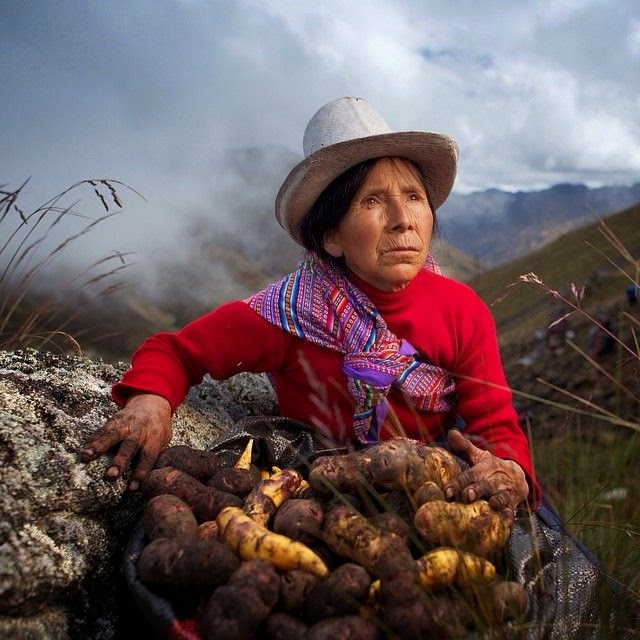 Shortly before we landed, she held up her customs forms and asked for help. Fortunately, they were in Spanish. Even when I could only pronounce the questions without comprehension, she would reply, and I would write. The moment that very nearly made me cry was at the end, when she took the pen from my hand, adjusted it carefully among the aged fingers of her own right hand, and slowly, painstakingly, five seconds per letter, in perfect cursive, wrote her own name.

We spent only a few hours together, and only by chance. But in that brief exchange she gave me a living reminder that humans have made our way on this planet for countless generations, loving, tending, worshiping, working, even traveling and living in foreign lands, without ever learning skills, such as reading and writing, that educated westerners consider basic. And that while illiteracy is more unimaginable to me than living abroad, and poses barriers to human development that I could not wish on anyone, it is no measure of a person’s dignity or inner life. 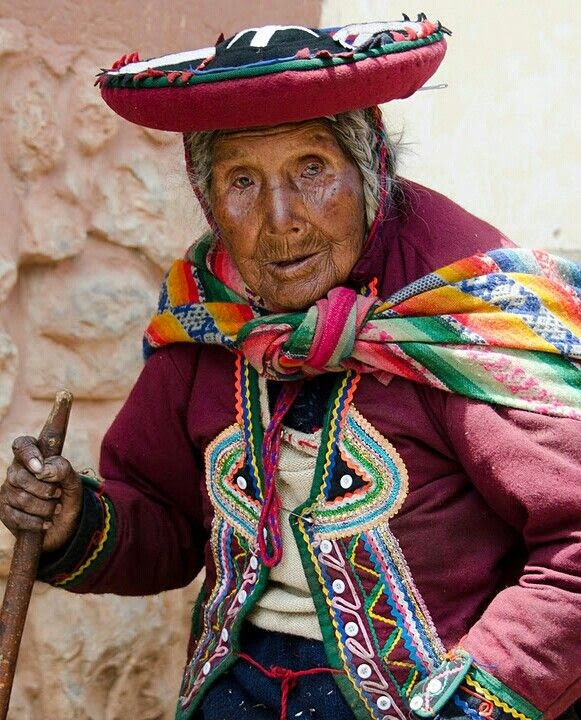 If English were not so ubiquitous, I too would be illiterate in most every airport on earth. I have, in fact, ventured to neighborhoods, in many countries with nonwestern alphabets and tongues, where I was functionally illiterate and deaf, rescued only by an interpreter’s presence or by American confidence that I could somehow negotiate my way back to linguistic security, which was never far away. I’m not sure what it would be like to make my home where I daily confronted such barriers. I imagine it takes courage, trust, and skill beyond any I have yet exercised. COP 20, the twentieth meeting of the UN “Conference of the Parties,” to clarify worldwide agreements for action against climate change, occurred in Lima, Peru the first half of December. There a proposal was drafted to be filled in by each nation and then ratified at COP 21 in Paris next year. This sounds, like most UN work, incredibly bureaucratic. But underlying the tedium is the alarming and indisputable (yet still disputed) threat that climate change poses to human civilization, which this meeting was meant to address. (Even more alarming is that most U.S. citizens were not even aware, much less supporting or praying for its leaders.) 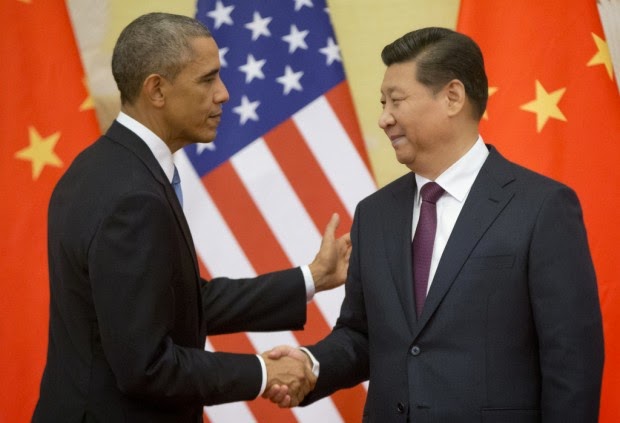 The fact that every nation is committing to cut greenhouse gas emissions is promising. We can be proud that the meeting’s success came at least partly from the U.S.’s surprising greenhouse gas-curbing agreement with China this fall. The catch is that how and how much each nation cuts is to be self-determined and, as climate scientists say, isn’t enough to prevent passing the 2 degree Celsius limit. But halfway there is better than none. Here is a BBC story detailing the conference’s results.

Coinciding with that meeting, the Presbyterian Church (USA)’s Hunger Program hosted a trip to Peru, in which I participated. I’ve been back more than a week, but trying to write about it has been overwhelming. I’ll just wade in, and continue the story in subsequent posts.

I signed up knowing almost nothing about Peru. Our friends Ruth and Hunter Farrell had spent ten important years in Lima, I knew that. It’s Inca country on the west coast of South America. It’s one of the world’s most biologically diverse countries, which also makes it one of the most sensitive to climate disruption. Lima hugs the Pacific coast (in

the eastern time zone), in a desert with almost zero rainfall. To its east, the stark Andes mountains straddle the country, and even further east, the Amazon rain forest begins that stretch through Brazil. Peru is bordered, moving clockwise from the north, by Ecuador, Colombia, Brazil, Bolivia, and Chile. In our hemisphere, only Brazil has more borders.

The Presbyterian Church’s initiative in Peru and nine other countries is called Joining Hands (in Spanish: Red Uniendo Manos, which has nothing to do with the color red, or communists, just for the record, but means “network joining hands”). Joining Hands partners with work around the world to help eradicate hunger by addressing its causes. Mission Co-Workers Jed Koball and Jenny Valles were our in-country hosts, along with Young Adult Volunteer Kyle Coombs, Andean regional liaison in Columbia Sarah Henken, Bolivia Mission Co-Worker Chenoa Stock, and the knowledgeable and passionate Executive Director of Joining Hands, Conrado Olivera, one of whose articles about environmental impacts in Peru is here.

Six wonderful PCUSA Compassion, Peace, and Justice folks traveled with us, as well as PCUSA moderator Heath Rada and his spouse Peggy Rada. Fourteen more of us from around the U.S. landed in Lima’s airport and were driven through the city’s vast congested maze of speed bumps, Spanish colonial palaces, and concrete-and-rebar constructions to the Convent San José de Cluny. 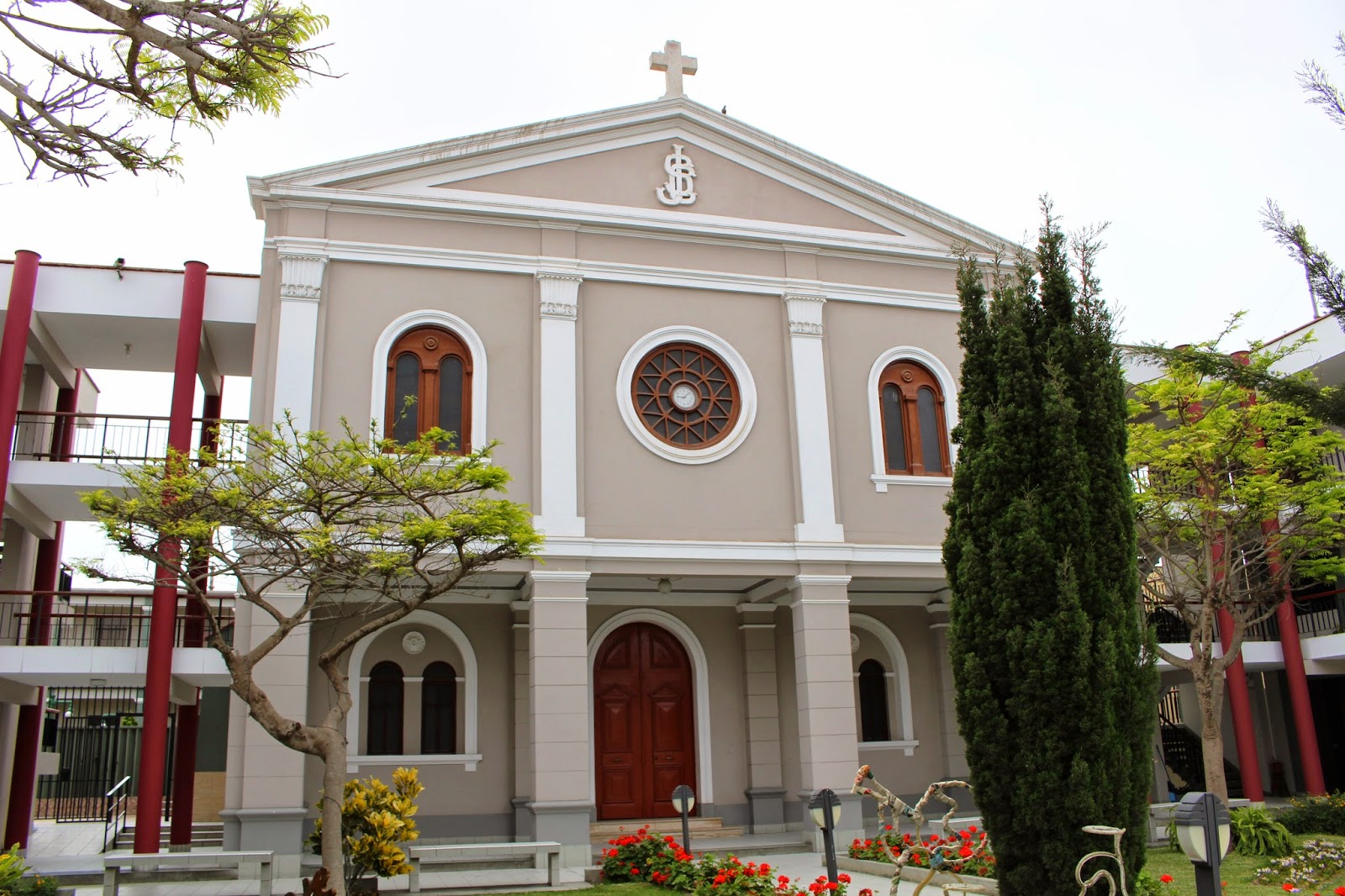 There we spent a day getting oriented before we rode almost straight up to Peru’s continental divide at 16,000 feet. Two nights in the Andean city of Huancayo, where traffic and music never never cease. Then back to Lima, to be joined by young adults from Peru and Bolivia for three days of conferences, worship, vigil, and a People’s Climate March, Peru edition. Though we saw and heard much, and covered hundreds of bus and van miles (and had the nausea and giddiness to prove it), it wasn’t a sightseeing trip and no, we didn’t visit Machu Picchu.

Jed had sent us a helpful preparation list, which included the links below. The first video should be required viewing for everyone who cares about children, and everyone who buys batteries, electronics, or any other product involving mined metals. For every American who confuses Free Trade with Fair Trade (which is about like confusing hell and heaven), the videos on outsized investor rights are a must-see, showing how little even sovereign nations can control the rising tide of corporate colonialism:

I was watching House of Lead at the home of my daughter-in-law in New York before going. Leyla, a middle school dean who was born in Nicaragua, was working in another room. As she heard in Spanish the interviews I was reading in translation—a woman lamenting her dead children; a young boy deeply infected with lead poisoning but aspiring to be a lawyer and doctor to stop the pollution—we were both left gasping for air. Like I said, required viewing. Should be. For all. Details to follow.
Posted by Trisha Tull at 12:11 PM No comments: